As much as you might love and appreciate your Twitter followers, it’s worth noting that they’re probably a relatively fickle bunch. Twitter users are quite well-known for being highly opinionated individuals who are willing to ignore or unfollow you at the drop of a hat if you say something that offends or annoys them.

While losing a couple of Twitter followers doesn’t necessarily represent the end of the world, it’s a good idea to maintain a happy and engaged audience, and discuss potential problems with your social media manager if Twitter makes up an essential part of your social media strategy. Fortunately, this quick guide will give you an insight into some of the biggest mistakes that might cost you essential traffic.

Mistake 1: You Offer No Value

Twitter users are looking for value in the people they follow. The value exchange system is simple enough – they want to give value to other users by offering entertainment or information, while receiving value back from the people that they follow. If you’re not giving anything back, you’re going to end up unfollowed.

It’s important to be yourself on twitter and show off your own unique personality in a way that keeps people interested. Unfortunately, there is such a thing as sharing far too much. For serious-minded users who want to use Twitter from a business perspective, try not to give too many details about your personal thoughts and feelings.

Your Twitter bio should give people a general insight into what you’re tweeting about – so try and stay on topic. Most people who follow you will begin by reading your bio to get a sense of who you are and what kind of content you’re going to offer. Stay on topic, and offer relevant information to your business or industry.

We’ve all heard the horror stories of people losing jobs and relationships simply because they tweet something offensive on their page. Some posts have even lead to people being sentenced to prison time. Be careful with what you say.

Occasionally, most Twitter users go through their list and purge any people who aren’t tweeting. After all, if you’re not providing any entertainment or information value, then you aren’t going to keep your followers. Make sure you have a social media manager available to help you maximize the value of your posts and keep you on track.

Finally, it’s possible to lose Twitter followers if you overwhelm them with information they don’t want or need. It’s important to find a healthy balance between posting far too often, and far too little.

We’ve been working with Sophie Zollmann for almost half a year now, building an online lifelong learning platform and community from the ground up (because in-person classes became impossible in light of the corona virus). Sophie has guided every technical aspect of this enterprise including the construction of landing-pages and websites, the management of mailing lists and revenue funnels, setting up Zoom meetings, etc., allowing us to focus exclusively on content production and marketing. This platform is now off the ground and succeeding beyond our wildest hopes.

We couldn’t have built it without Sophie’s support, which has always been prompt and timely, and her guidance, as she’s always pointed us to the most efficient and economical solutions to whatever technical issue we’ve faced. In the heat of the moment, I’m sure we’ve not always been easy to work with, but Sophie has also been generous and understanding to a fault. In sum, her support has been flawless and absolutely essential to the success of our online enterprise. We will be relying on her services again as we ramp up for our next phase of growth. 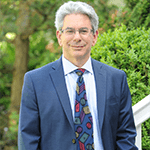